In the Autumn of 1976 I decided to move back from Devon to the South Cotswolds, and as househunting at that range was not practical, I had taken a house at Wotton-Under-Edge as a base. However it was not capable of housing my various old cars and my Tiger Moth biplane, most of which needed more or less attention. I noticed that the Old Station Yard at Charfield was for sale, by a Devon based transport and fuel company that I knew quite well. After some hard battling we came to terms, and so keen were they to close the deal that I drove down to The Imperial Hotel in Torquay on Boxing day to exchange contracts with their Company Secretary!

In 1977 I moved my historical artifacts to Charfield. These included a Silver Ghost Chassis, some Bentleys and my beloved Tiger Moth Biplane.

I also had a business partner in Denver, Colorado who, like me, was a bit of a petrolhead. Some months earlier we had purchased a Double Decker bus for fun, and shipped it out to Denver, and such was the massive interest "over there" that we decided to ship a few more, and set up an Anglo American organization called BRITISH DOUBLE DECKER.

Before shipping out any more, I conducted a bit of due diligence, and discovered, inter alia, that the max vehicle height in all States was then 13' 6", this ruled out the usual Routemasters etc, and left us with the Bristol Bus Company's Lodekka range, at 13' 4" - How Convenient was that! 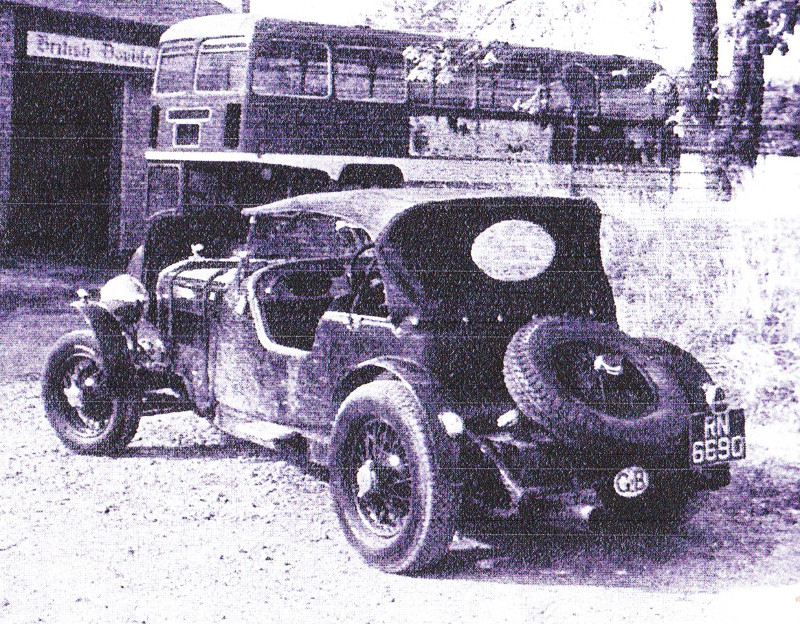 Victorian engine shed with Double decker bus and Bentley that suffered the mysterious broken half shaft in the foreground.

The bus services in those days were nationalized, and they would only sell to registered dealers, of whom I think, surprisingly, there were only 2, one in Essex and one in Barnsley. The requirements were not too onerous, a certain financial probity and the ability to store 20 buses on the purchasers registered premises.
"Simples," as that irritating Meercat would say.

Now we were registered, we were sent a sale list on a regular basis. The other 2 dealers fought it out for the big city sales, 20 to 30 buses at a time, but our Bristol FLF buses were found in small west country depots as well as the big west country cities, and we very quickly learned to buy from these local depots, less buses per sale and much better maintained by the local staff, who took a pride in their small fleets. How much did we pay for these buses? Never more than £2750. As I have said, they were usually well maintained, but you could not select individual buses from a lot, and usually one or two needed a little work before shipping. All had to be immaculately steam cleaned underneath and failure meant rejection by the shippers at the dock.

Shipping was from Felixstowe, and usually in batches of 10. One might think that finding 10 drivers might be a challenge, but I never had to pay a single driver. You would be surprised how many solicitors, barristers, accountants etc. had a childhood ambition to drive a double decker!!
The buses were shipped from Felixstowe to Jacksonville, Florida and in the 102 odd buses shipped, only one broke down on that 1500 mile drive from Jackonsville to Denver, through some quite arduous country.
You might wonder who on earth would want these beasts in the USA.? The very first 2 went to Robert Wagner and Natalie Wood as mobile film set units, some went to Greyhound as tourist buses, 2 to Queen Mary at Fshermans Wharf, 'Frisco, 4 to Williamsburg, but our greatest Coup was 6 to New York. New York Transport Authority decided that they would like 6 new red double deckers, so they ordered them from the makers of the famous London Routemasters.. They had a bit of a shock when they arrived, as Routemaster had not done their homework, so the first time the buses went out on the road, they took out a myriad of power cables and street lights. There was also a N.Y bylaw that all buses had to switch off their engines at stops. It was summer, and the Makers had thoughtfully fitted the vehicles with air conditioning, but it was battery driven. Hence flat batteries when the drivers came to restart! They lasted just 3 days. We very generously stepped in and chartered NYTA 6 appropriately configured Bristol F.L.F.'s. Now wasn't that generous of us!! (I won't mention the rental).
Eventually Bristol Bus Co closed down, so we bought a couple of containers of new spares, and stopped shipping. In total we sent out 102 buses and 22 black London cabs.

The technical work on the buses was undertaken by 3 young Foremen from a bus depot in Bristol who came on weekends when we had need of them. But I had 3 regular guys who would put their hands to anything mechanical. One was an ex RR test driver, and one Donald Fergusson from Nailsworth, a skilled coachbuilder who learnt his skills building Halifaxes as a teenager in the war before he was called up. "Cycle wings £5 per pair" every month in Motor Sport Magazine from 1950 to 1977.

I had a few vehicles that needed some work and 1 complete ground up restoration, a 1922 Silver Ghost that came in as a rolling chassis, just 4 wheels, front and back axles and a gearbox. I also had the prototype Phantom II Continental chassis, mechanically complete and good, but nothing else. There were also a couple of passable pre war Bentleys, a 3.5 and a 4.25. Only Donald and I worked on the Rollers, and I spent most of my time searching the world for bits. The Ghost took 12 years to finish.

I was persuaded to lend the 3.5 to someone for display at the Charfield Show whilst I was away on holiday, and somehow he managed in that journey to break a halfshaft. He had not insured the vehicle, and making and fitting a new pair of halfshafts to RR standard was a very expensive exercise. 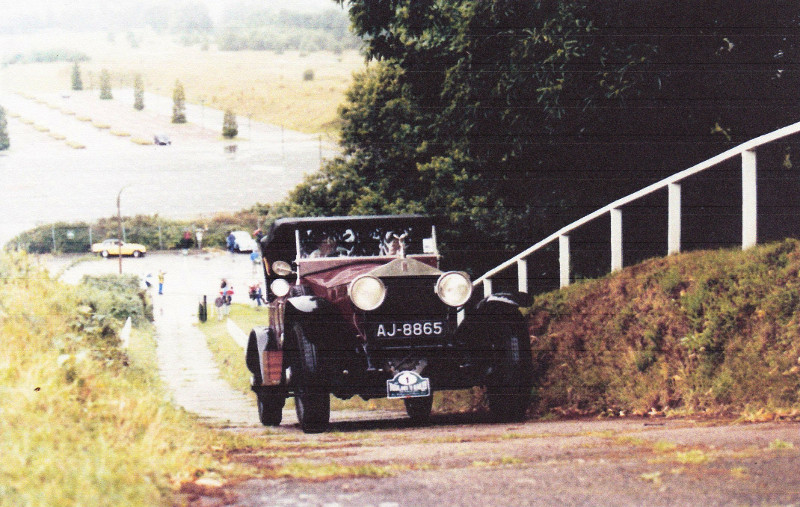 I needed to keep the other 3 guys in employ, so prototyped a 1930's style sports car based on the post war Bentley mk. 6,chassis which in those days could be bought for not too much money. Eventually I built a handful of these and called them the Bentley Prescott.

In the second paragraph of this monologue, I blithely mentioned my Tiger Moth Biplane. I had found this in a barn opposite the Police H.Q building at Middlemoor on the outskirts od Exeter. The same barn also contained two B.A. Swallow monoplanes, one of which was missing most of its tail curtesy of some pigs! In a loft area there were some 10,000 Superfortress spark plugs, but that's another story!
It took me about a year to release the plane, which incidentally seemed to be in good order. It had been purchased in 1943 at RAF Kemble, flown to Exeter and stored in the said barn, dismantled, ever since. The "purchase price" eventually settled on was a good length of 2' (narrow gauge) railway track and 2 Atcost barns, to be dismantled and removed by the Tiger Vendor. (I had wondered how I was going to get rid of the latter anyway.)

I took the plane home and stuck it in the Coach house. It was still in its RAF Drab colours. For fun, I decided to change the oil, put some petrol in the tank, lay a couple of heavy sacks over the back of the fuselage, and pull it over. Much to my surprise and the absolute delight of my 3 small children it started on the 3rd pull, after 32 years in storage! The Children, aged 4 to 7, were determined that I was going to put the wings on and take them for trips immediately... that afternoon. Who needs an airstrip anyway?

But now the Tiger was set up in the Big Building at Charfield on trestles. I had learned that BA at Filton had a shed full of redundant stuff, and bought all sorts of trestles, workbenches and 'good stuff', that could be had for no money, and some of which I still have. 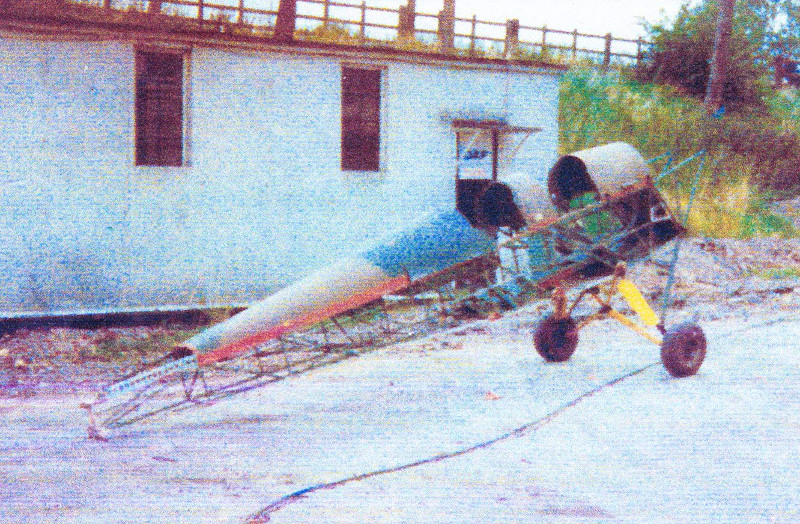 The fabric on the surfaces passed the "ping test", and as I have said, the engine was a goer, so I naively thought that assembly was all that was needed. No. The CAA had different ideas The fabric all had to come off, there were certain mandatory mods to control boxes and the engine had to be disassembled for full inspection. Actually, the only bit that they did not require to be tested was the 40+ year old wooden prop.

It must have been at about this stage that John Hart wandered over to see what was going on. He was extremely helpful, and found me a retired De Havilland engineer who had all the necessary airframe licences. It took awhile, but eventually the airframe was completely restored and fabricked, as were the 4 wings and empennage.

Finding the appropriate approved Irish linen was a real struggle, but eventually we located and purchased what must have been almost the last of that commodity. The prize for hardest Company to deal with went to Bruntons of Edinburgh, who were the only people making the high tensile profiled interplane rigging wires.

Whilst all this was going on John had told Robs Lamplough, a local collector of racing cars and warbirds, what was going on at Charfield, so Robs flew over one day in his Harvard, which he parked in a local field. After a couple more visits, I agreed to let him store his Dismantled Spitfire.. ZX-M, in the old shunting shed whilst the stick mill in, I think Nailsworth was prepared for longer storage.. 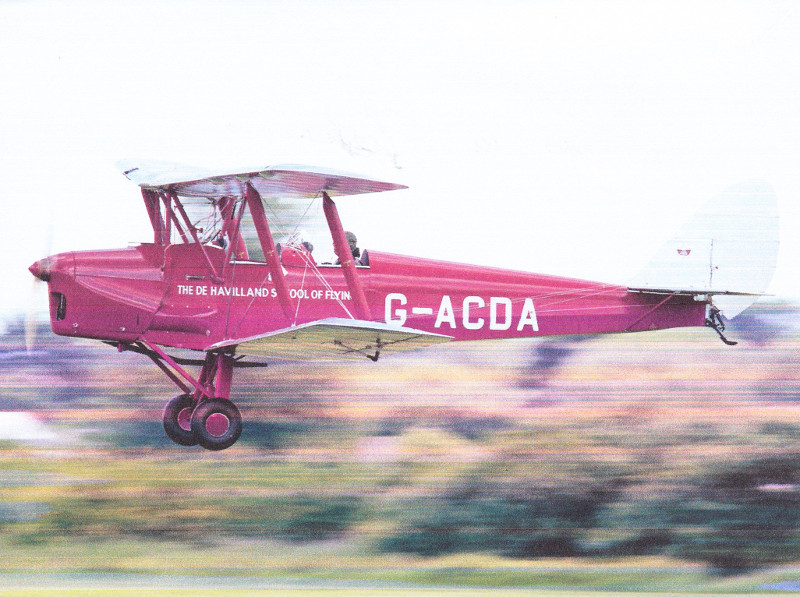 1. Bus exports had come to a natural death
2. The Tiger was completed and transported "back" to RAF Kemble and assembled
3. Having got the Tiger its Certificate of Airworthiness, the Station Test Pilot managed to crash the Tiger and me into an 11000 v. power pylon on its second flight. Kemble was at that time the base for the Red Arrows and the Historic Flight
4. At the end of the year I purchased Avening Court, which had some 4000sq.ft of coach houses, stables and assorted outbuildings which provided me with both a home and necessary storage and workshop space
5. The stick mill was ready to take the Spitfire
6. I sold the Yard to Mike Fews 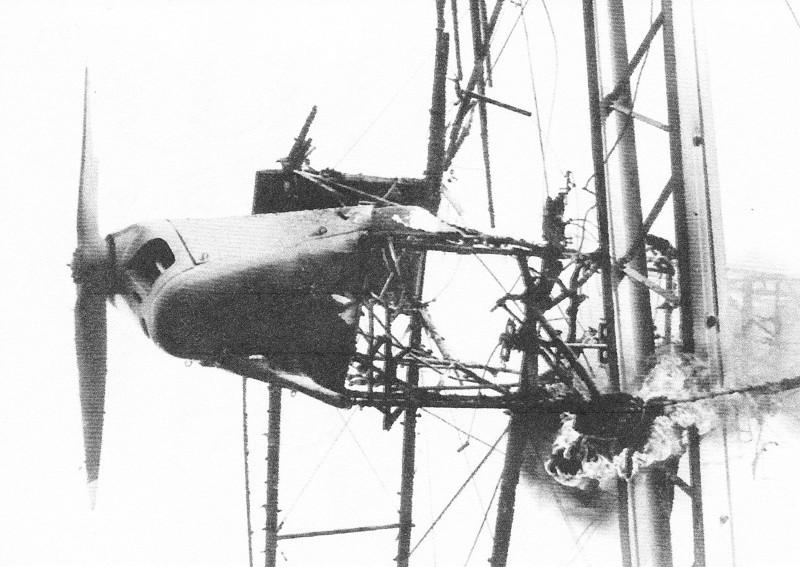 They say that any landing that you walk away from is a good landing.

Note: Soon after I purchased the Tiger, I discovered that it was the Prototype D-H type 82a Tiger, thus the oldest Tiger in the world, and a very valuable item.

I had contemplated trying to buy the Spit from Robs, but the crash put an end to That.

P.S. Spit was eventually sold to Germany. The first one to suffer that sad fate. Note German registration marks can just be seen under the tailplane. 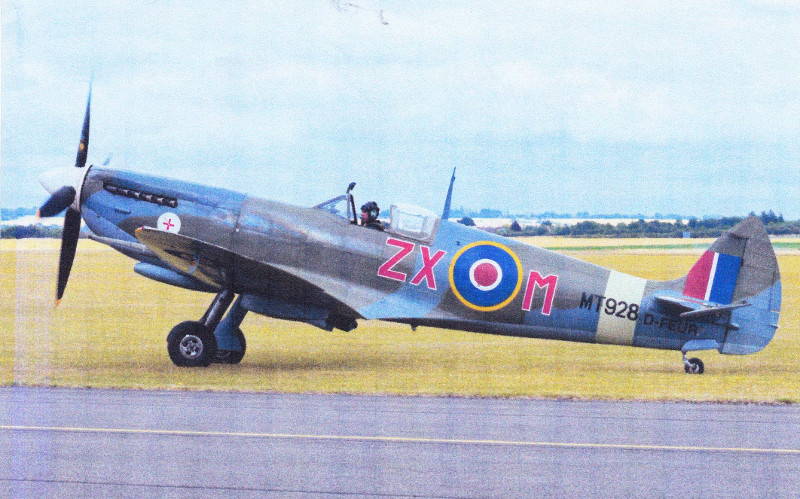