Photos and words by Ron Perry.

The station garden on the up (Gloucester-bound) platform taken in high summer of (probably) 1962. It has to be after 1960 because the track layout to the goods shed (background) was changed about that time and the photo shows the new, simplified layout. It also has to be pre-1965 as the station was shut that year.

Pat Pagett (station porter, who lived in Kingswood) can be seen standing proudly amongst his handiwork. On the far side of the platform building was a further smaller garden area complete with stocked fishpond! There would have been ample time during a weekday for such horticultural activity as there were no stopping trains between 10:30am and 4:20pm! Happy days! 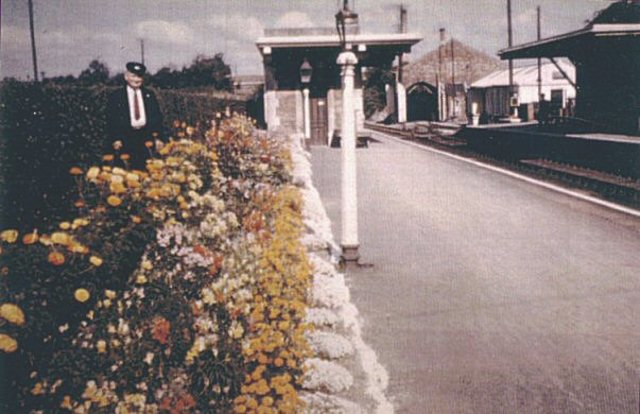 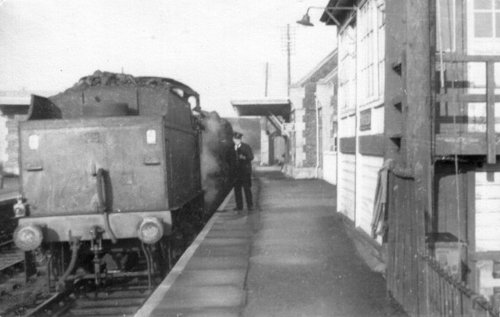 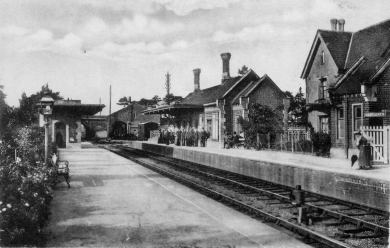 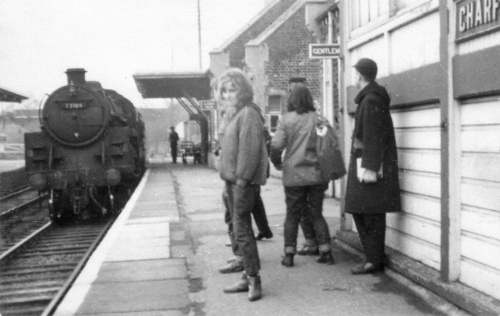 c1965 : just before Charfield station was closed. A group of KLB grammar school students about to board the Bristol-bound 'stopper' train. (Ron Perry) 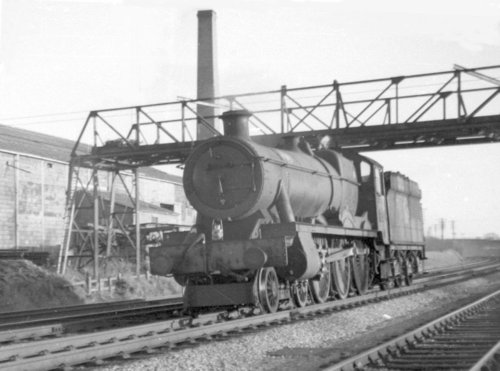 1964: Past the brickworks (off New Street), showing the aerial ropeway which crossed the railway at this point on a gantry, and which conveyed clay from the claypits (Ron Perry) 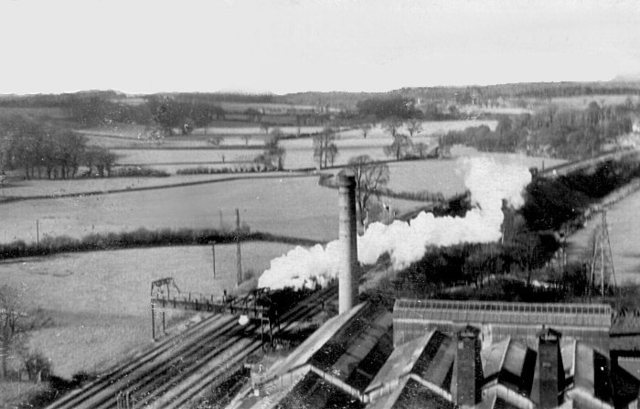 Further sorting through my late father's photographs produced the one attached. It was almost certainly taken from the top of the newer of the two brickworks chimneys (demolished in the 1970's I believe) and shows a general view over the roofs of the brickworks buildings with the older, shorter chimney centre foreground. A Bristol-bound goods train is seen about to pass beneath the gantry which carried the aerial ropeway from the claypits to the brickworks. My guess is that the photo was taken late 1950's or early 1960's maybe during the chimney's construction. (Ron Perry) 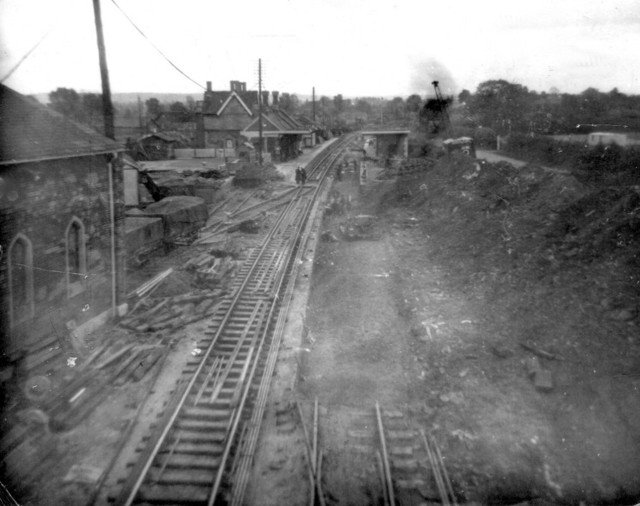 Remodelling of track layout through Charfield - photo taken I think in summer 1956. The pointwork from the goods shed turntable leading to the up (right-hand) main line has been all but removed and new track laid on the down (left-hand) side. The old asbestos Bibby animal feed shed is still in place - this was soon to be replaced by a concrete warehouse. The trackbed under up main line through the station platform has been excavated in readiness for re-ballasting and new track. The goods shed stands today as it did then. (Ron Perry) 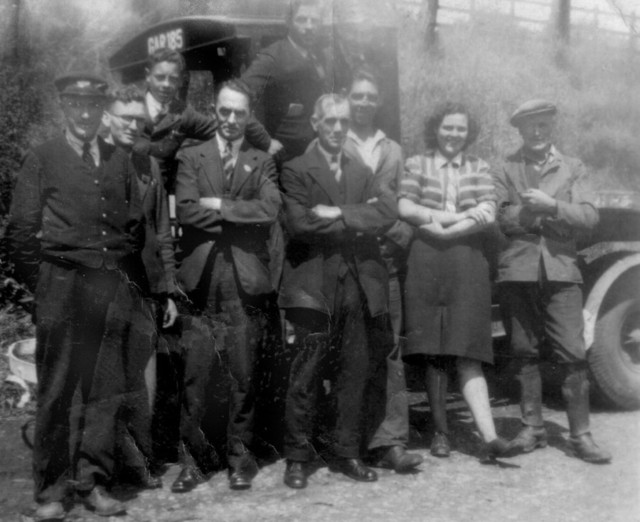 Charfield Station Goods Staff - photo dated 1941. Is that an old steam lorry in the shot? Any clues as to names of the people in the photo would be welcome. Photo was taken on the embankment between Station Approach (now Fews' land) and the main road going up to the railway bridge. (Ron Perry) 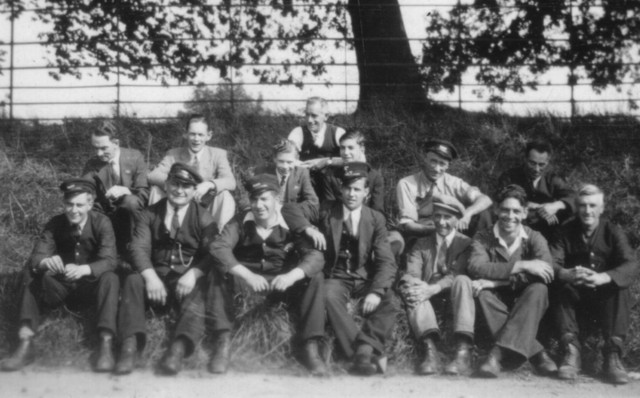 Charfield Station Staff ca. 1950. Photo was taken on the grass embankment alongside the station yard bordering the old cattle market. Again, any clues as to identities would be welcome. (Ron Perry)